Did She Have An Affair?

Clearly, this isn't a question I would answer if a jealous partner came to my reading table.  Ethically, that's not something I want to touch with a bargepole!

However, in this case the question is one that arose for me while reading a biography of the Empress Sisi.  Seeing as she's been dead for nearly 120 years, I don't think anyone will mind much if I do a little exploring of her life through the cards.  It's "For Entertainment Purposes Only", after all ;) 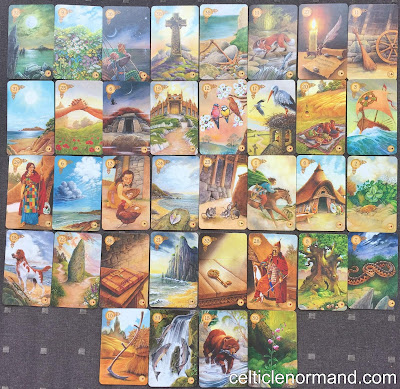 Sisi was a Bavarian princess, whose mother wanted one of her daughters to marry the Austrian Emperor.  While the plan was to have her older sister get engaged, the Emperor fell in love with Sisi, of whom he said:

"How sweet Sisi is, she is as fresh as a blossoming almond tree and what a splendid crown of hair frames her face!"

They married, but Sisi didn't deal well with the formality and gossip of the Austrian court.  Her health also suffered, in part due to her many pregnancies and the loss of one of her children.  More and more, she fled the court, immersing herself in travel and exercise.  She was an accomplished rider, and became rather vain - spending up to three hours just dressing her hair!

There are two men, whom gossip connected her with.  One was her riding instructor, an English man named William George "Bay" Middleton.  The other was a Hungarian politician, Gyula Graf Andrássy.

Looking at the cards, the Rider is the obvious choice for Middleton, and the Lily (an older man, a man of peace) for Andrássy.

The Lily falls directly under the Lord, he was one of the Emperor's men.  Nothing doing there.

The Rider, on the other hand, lies at one of the cross card points between the Lord and the Lady - something that came between them.  And the consequence of this, as seen in the diagonal moving to the right of the card, is the Meadow (Garden) and the Birch Rods.  Sharp words expressed in public.  This could also express publically recognised sex.  To the left of the Rider lies the Mice, little thieves.  Did he steal away the Empress' Heart, just to the left of that?

Overall, I don't think so.

The only card around this that implies sex at all is the Whips, and it is quite far from the two people involved, and can just as well be interpreted as the harsh words that were expressed very publically on the topic, causing Sisi to break off her classes with Middleton.

More likely, it was riding itself, and the movement it allowed her - travelling around Europe to take part in riding events - that she lost her heart to.  And it was a freedom that was eaten away by the burdensome gossip (Cross, Birds - diagonal to the top left of the Rider) that endured (Tree) throughout her reign.

It is notable that harsh words and gossip are on two of the four diagonals from the Rider (Cross, Birds and Meadow, Birch Rods).  What those gossips couldn't see was the other cross card between the Lord and Lady, just under the Lady: the Dog.

The Empress and Emperor were both faithful in their love, in whatever way the mores of their society allowed.  And while Sisi longed for more choices (Paths), and was depressed at their lack (Clouds), she was also a woman of her word (Ring).  She was vain (Sun) and dedicated to beauty (Ring under Flowers).  Yet, she loved her Children (Child, Heart), and the Rider can also be read as the Crown Prince Rudolph (older child, young man), the only son born to the two of them, a uniting force between them, too.

Certainly, much more can be read from this Grand Tableau.  However, I'll leave it there, with my own answer to the question I started with: No.
Posted by Inner Whispers at 07:00