There are a couple of different ways to use Lenormand cards to answer yes-no questions.  Both involve drawing an odd number of cards, say three or five. 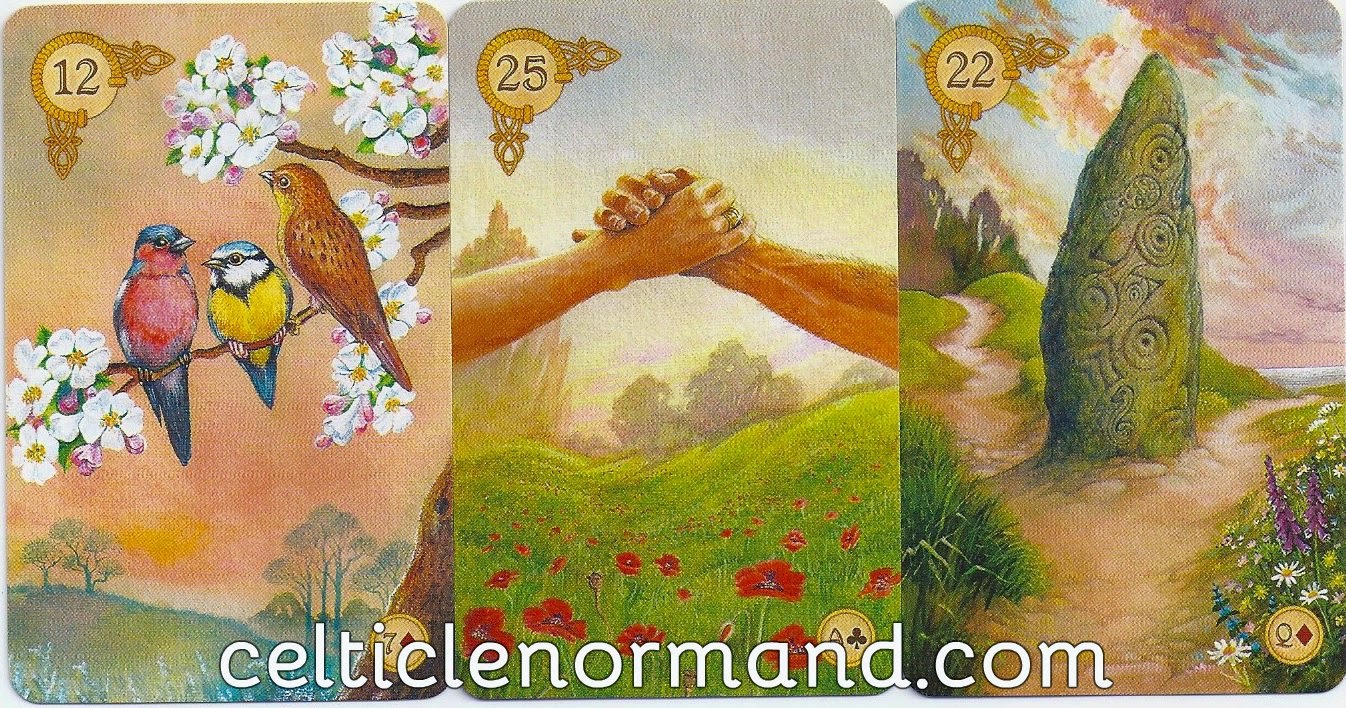 The first way requires you to have a set of associations to which cards you consider positive, negative or neutral.  This isn't necessarily how all schools approach the Lenormand cards, and my own way of seeing them suggests there can be an upside to any card, just as each can have a downside.  For instance, a weakness can present a great opportunity, and a high point might suggest we have nowhere to go but down.  Nevertheless, if you have clear associations, then three positives, or two positives and a neutral would be pretty much a yes, and so on.  Of course, if you get three neutrals, or one of each type, then that would be a maybe or perhaps an 'ask again later'.

Then, of course, there is the question of whether or not to interpret the cards beyond that yes or no answer.  Personally, I would always interpret them.  After all, more information is always useful!

For example, I asked: will it benefit me to perform task X this week?  I drew Songbirds (Seven of Diamonds), Ring (Ace of Clubs), Paths (Queen of Diamonds).  Overall, then, two red cards say yes.  Further, the cards talk about committing to speaking about choices.  Task X actually involves speaking about choices, and is something I've wanted to do for a while.  Looks like this week is the perfect time for it!
Posted by Inner Whispers at 10:00