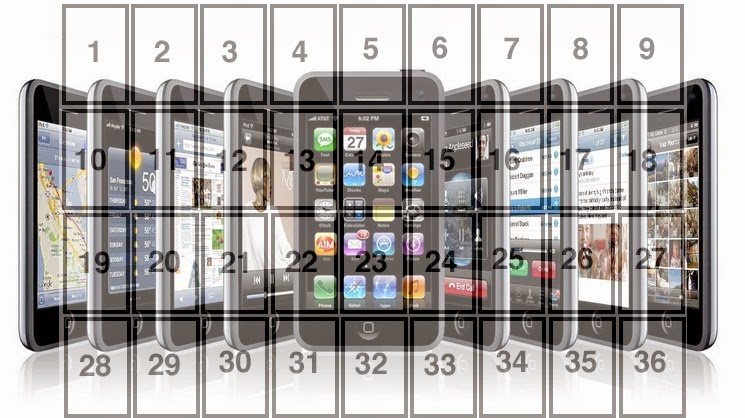 The question for this round of the blog hop was how we would overhaul old oracle systems, if we could, or whether we'd leave them as is.  My answer may well surprise people, given how many changes I apparently made to the Lenormand system with the Celtic Lenormand and its nine extra cards.

As I was thinking about how the Lenormand oracle could be brought into the modern era, the first idea that came to mind was to put a telephone in place of the Birds.  Then I thought some more about that.  Why in place of the Birds?  While many readers see the Birds suggesting a phone conversation, the problem here lies not with the idea of a phone call, but with everything else that a phone can do, these days.

Most of the news I get is online, be it from online papers, emails from friends, or comments on Facebook, all of which I read on my phone.  That's the Rider.  Even if you take his messages as being more personal and delivered, Messenger and email still fit the bill.

And what of the Letter, a very old-fashioned form of communication?  Once again, email is on my phone, and I also get plenty of invoices, bills and receipts sent electronically.

Moving further afield, I read Books on my phone, as well as googling and otherwise searching for information.  I do much of my work on my phone, voice calls, emails, I even wrote this blog post on my phone.  That'd be the Anchor covered.

Thinking about buying, selling or renting a place to live?  At least 17 apps available for my phone to do that in London!  The House is covered, too.

And yes, I use an app for banking and shopping, so the Fish have splashed their way onto my phone.

I often do a preliminary internet search on any health concern before ringing my doctor, two Tree activities.  Though admittedly googling symptoms can net you some pretty worrying and unclear results.  Clouds, anyone?

And how often have you had your phone die on you, Coffin-like?  And which fashionista wouldn't coordinate her phone and her clothes (Bouquet), while a city executive wouldn't be seen dead with anything less than a Blackberry, as it would ruin his reputation (Moon).

Of course, I'm being more than a little facetious yet the point stands.  Our phones do so much that they could represent almost anything in an oracle.

My choice, then, is to stick to the traditional Lenormand subjects.  They are sufficiently archetypal to cover modern situations, yet also not overburdened with our own assumptions.  Even when the Lenormand oracle originated, it would not have been an everyday occurence to see a Bear, and many people had few books, most did not even know how to write a letter.  These objects which seem so mundane were not overused in a way that would overload them with meaning, making them meaningless.  And while how we see them now may be somewhat different, they still speak to us in ways that are useful.

That's my take on the question of overhauling our divination systems, now let's go see what creative ideas other people have on the subject...